Shaharit is proud to be part of “Different Conversation” – an initiative of Google Israel, the Lautmann Foundation and “Living Together” that aims to positively influence the discourse in social media by creating and promoting entrepreneurial digital initiatives which advance partnerships between the different communities in Israeli society.

The centerpiece of this project is a web series called #Talking_About_It (Ovdim Al Zeh) in which leading Israeli Youtube celebrities and social activists are matched together. We are happy to have taken part in the creation of the series and in its premiere event in Tel Aviv this September, at which Communications Minister Ayoub Kara spoke.

The entire series, subtitled in English, can be found here > 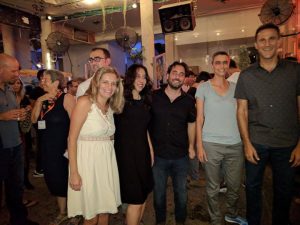 Registration for the Fourth Cohort of the 120 Program has Opened