Dr. Schwartz's biography for speaking engagements can be found here.

Before founding Shaharit, Dr. Eilon Schwartz was among the founders of the Heschel Center for Sustainability. In addition to his work at Shaharit, Eilon is a faculty member at the Melton Center for Jewish Education at Hebrew where he teaches graduate courses in cultural criticism, social-environmental politics, and education. Over the years, he has written many scholarly and popular articles on a variety of subjects, and his book At Home in the World: Human Nature, Ecological Thought & Education after Darwin was published by SUNY Press in 2010. Eilon has served on the boards of many environmental organizations, including as the chairman of Life and Environment, the umbrella organization of Israel’s environmental movement.He has published extensively both academically and in the popular press, including major essays in publications including Ha’aretz, the Times of Israel, and Makor Rishon. Eilon lives in Tel Aviv with his wife Rachel and their children: Ayelet, Chen, and Eden. Laura Talinovsky, 36 years old, is Shaharit’s COO and a Russian-speaking activist. Laura was most recently the head of the Rabin Preparatory Academy (Mechina) in Haifa, and was previously the Executive Director of the OneVoice peace initiative, and the Parliamentary Advisor for Knesset Opposition Leader Shelly Yachimovich. Laura is a lecturer on various topics, including gender, politics and society, the Russian-speaking community and political campaigns. Laura immigrated to Israel at the age of 6 from the Ukraine and is one of the founders of “Generation1.5”, Shaharit’s working group in the Russian-speaking community. She holds a BA in Sociology and Political Science from The Hebrew University and a master’s degree in public policy; she also spent a year as a “Paths to Peace” fellow at NYU.

Heli Tabibi Barkat was a participant in the 6th cohort of the 120 program.  Heli is a social entrepreneur by nature -- she is the founder and director of the Hebrew Calendar venture, and the CEO of the “Rashut HaRabim”- a forum of different Jerusalem organizations for Israeli Jewish identity. She is also a board member of several NGOs, and was the director of the Hillel House, the founder of the Beit Midrash for Israeli Singers, an adviser to the Arts and Culture Council of the National Lottery, and a member of the Culture and Society Committee of the Jerusalem Municipality. A lecturer on topics of common-ground initiatives, management and entrepreneurship, she is also a strategic consultant and an advisor on multiple issues in the public and private sectors. 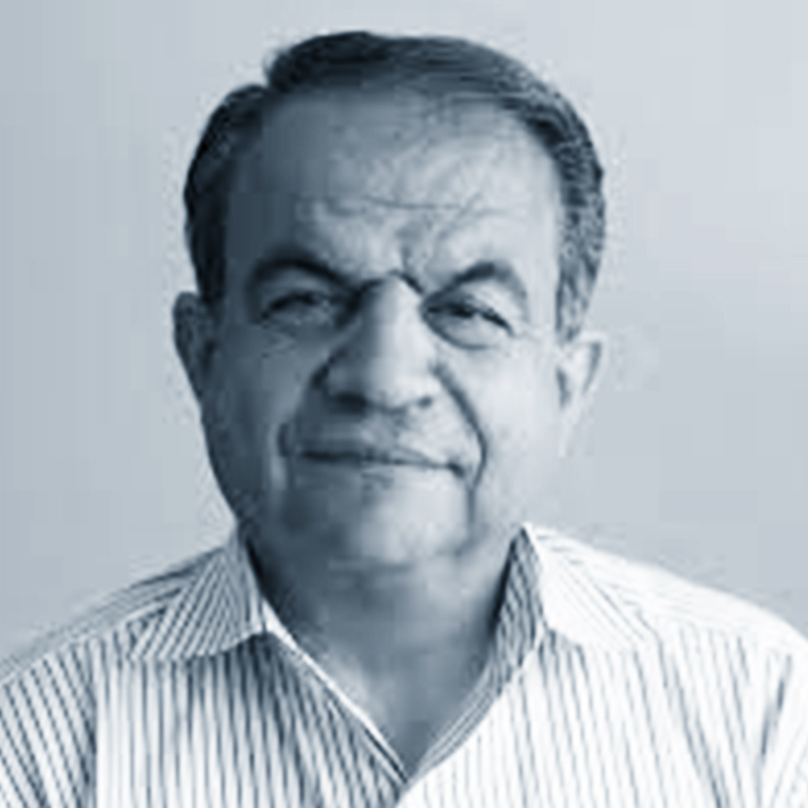 Nazier Magally is a writer and journalist who lives and works in Nazareth. He served as editor-in-chief of Al-Ittihad, Israel's only Arabic-language daily, and taught at Ben Gurion University. He presently is a columnist on matters concerning Israel for the London-based newspaper Asharq Alawsat, and frequently appears on Arab-language TV to discuss Israel and its relationship with the Arab world. He is a long-time activist in matters concerning the relations between Jews and Arabs in Israel and the region. In 2003, together with Father Emile Shofani, he led a delegation of Arab and Jewish notables to Auschwitz. Rabbi Ofran is the Director of Yeshivat Chovevei Torah’s Israeli Rabbinic Leadership Fellowship and is the Rav of Kvutzat Yavne, Israel’s largest religious kibbutz. He is the founder and head of "Mechinat Ruach Hassadeh" - a pre-military Jewish academy for religious boys, and taught at Tzahali, a pre-army program for religious girls. Rabbi Ofran’s book "תורה של הנפש" explores the stories of the Torah from the perspective of contemporary psychological theories. Rabbi Ofran is a graduate of Yeshivat Kibbutz HaDati in Maaleh Gilboa and of the Beit Midrash in Beit Morasha, and received his Semicha from the Chief Rabbinate of Israel. Rav Ofran holds a BA in Talmud and Psychology from Bar Ilan University, and is a licensed psychologist with an M.Sc. in psychology. 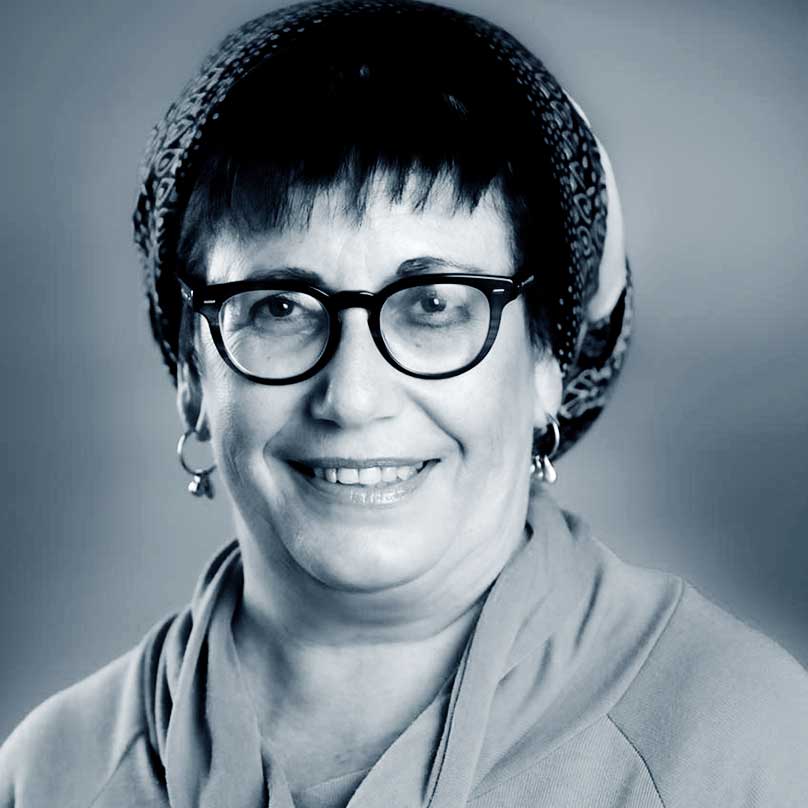 Yaffa is the daughter of Holocaust survivors and grew up in Bat Yam, a struggling city outside of Tel Aviv. She is a founder of Yesodot, promoting democratic values in the religious school system. She is also a founder of the first program for absorption of Ethiopian girls into public schools. Yaffa serves as a lecturer at the Herzog College, and serves on numerous public boards of NGOs. She has Bachelor Degrees in Biology and Chemistry, a Masters in Jewish Thought and a Doctorate in Talmudic Studies, all from the Hebrew University. She is also a graduate of the Mandel School for Educational Leadership. Yaffa lives in Ofra, is married to Avi, the Rabbi of the community, is a mother of 4, grandmother of 10, and still counting. 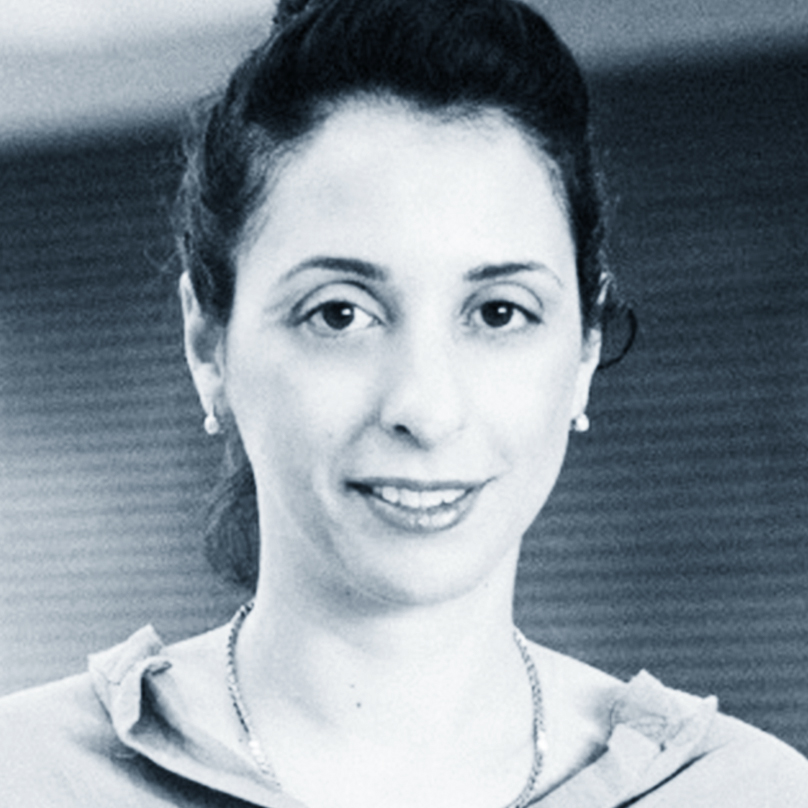 Natalie was born and raised in Jaffa. She is a PhD student in sociology at Tel Aviv University and a social activist. She holds a BA and Teaching Certificate in political science and an MA in sociology and anthropology, both from Tel Aviv University. She has worked in the field of conflict resolution, community development and education for the past decade in a variety of non-profit organizations, with her doctoral work, for which she received the President of Israel’s Prize for Doctoral Research, focusing on comparing intentional versus “accidental” Jewish-Arab schools. For the last three years, she has led the organizing efforts of lecturers and adjuncts at Tel Aviv University, and she is active in organizing university and college lecturers in Israel to improve their employment conditions. 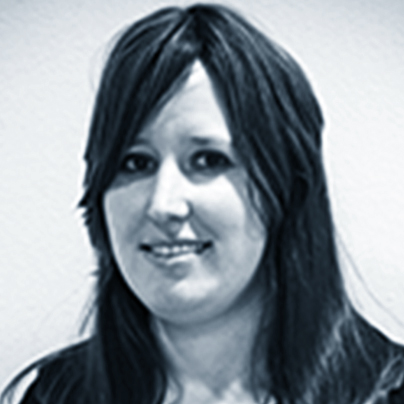 In addition to coordinating Shaharit’s work in the Haredi community, Racheli is a senior advisor to the TELEM organization, which works to integrate the Ultraorthodox into Israel’s economy. Racheli is a social entrepreneur dedicated to improving the status of Haredi women and integrating the community into Israeli society. She is the founder and chair of Movilot, which works to empower and improve the employment prospects of college-educated Haredi women. She sits on the board of the “New Spirit” organization, and previously served as CEO of the Meir Panim welfare organization. A resident of Jerusalem, she holds a bachelors degree in communication and sociology from the Open University and an MA in the history and sociology of Israel from Haifa University. Dr. Gali Sembira recently finished a six-year tenure as Director of the 120 Program. She was previously Shaharit's director, served as a professional director at Sheatufim—the umbrella organization of Israeli civil society organizations, deputy director of the Oran Foundation, head of the program for girls at risk at the Yaniv program, head of the IDF’s educational development program, and director of a girls' boarding school. Gali holds a master's degree in organizational psychology and a doctorate in gender studies, both from Bar-Ilan University. Gali has a wealth of experience in designing educational programs, leadership and social management development, work with children and teenagers at risk, and establishing and running social and community organizations. In addition to her work at Shaharit, she chairs the board of the Women's Courtyard and is a volunteer consultant to people seeking to establish all sorts of social-change organizations. 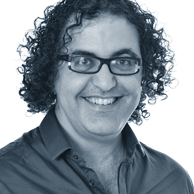 Dr. Ofer Sitbon - Head of Program in Economics and Society Nir is Shaharit’s lead community organizer. He is originally from Natanya and lives in Jerusalem. After a long career in the business sector, he decided to work for the future of his community and his children in the city of Jerusalem. As part of his work, Nir has led multiple campaigns to change the reality of the lives of the residents of Jerusalem, including a campaign to improve the public transportation infrastructure and to promote adequate city sanitation. In addition to this, Nir ran for the Jerusalem City Council in the 2018 elections. Malki Rotner - Director of the Ve’Haguta Program for Haredi Leadership

Manager of the the “Petach Merkhav” Center in Ashdod, for the Professional Inclusion of the Haredi Sector. She writes in a weekly opinion column in the local Ashdod newspaper, in which she deals with the boundaries and divisions between Haredim and Israeli society. A social activist in projects that deal with the creation of a common, cross-sectoral leadership in Israel, she is a student of the Department of History and Sociology at Open University and has previously worked as the Community Relations Coordinator of “Shorashim”, the Center for Jewish Culture in Tel Aviv. Tehila is a social activist; among other roles, she has worked in a shelter for abused women and as a facilitator for social justice groups and developed a multicultural trust-building project between Jewish and Arab youth in Haifa's Hadar neighborhood. She worked as the coordinator for a fellows program for rehabilitation and social change at various community centers in Haifa and helped create a course in economics for women. She holds an MA in Bibliotherapy from the Unversity of Haifa and a BA in Hebrew Literature and Creative Writing from Hebrew University. Leonel made aliyah from Rio de Janeiro, Brazil, where he worked as an educator and activist in the Jewish community. He has an M.A in Social History from the Federal University of Rio de Janeiro and an M.A in Israel Studies from the Ben-Gurion University of the Negev, where he is currently writing his Ph.D. dissertation. He has previously worked as the Director of Resource Development/North America at the Rabbinical Organization Tzohar. 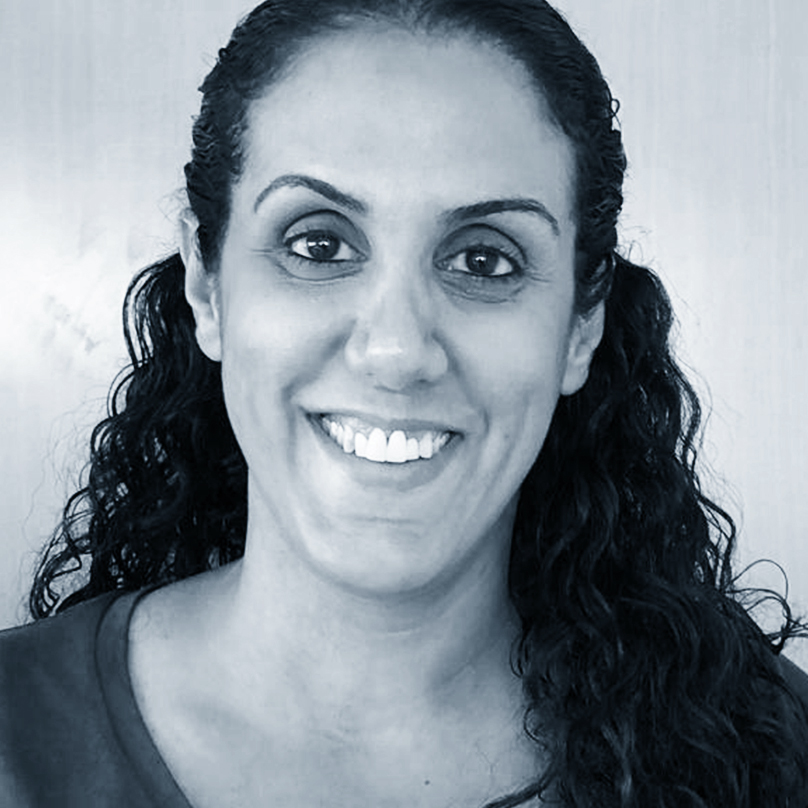 Noa lives in Givataym and is the mother of two children. She has more than 10 years of experience as a law firm office manager. 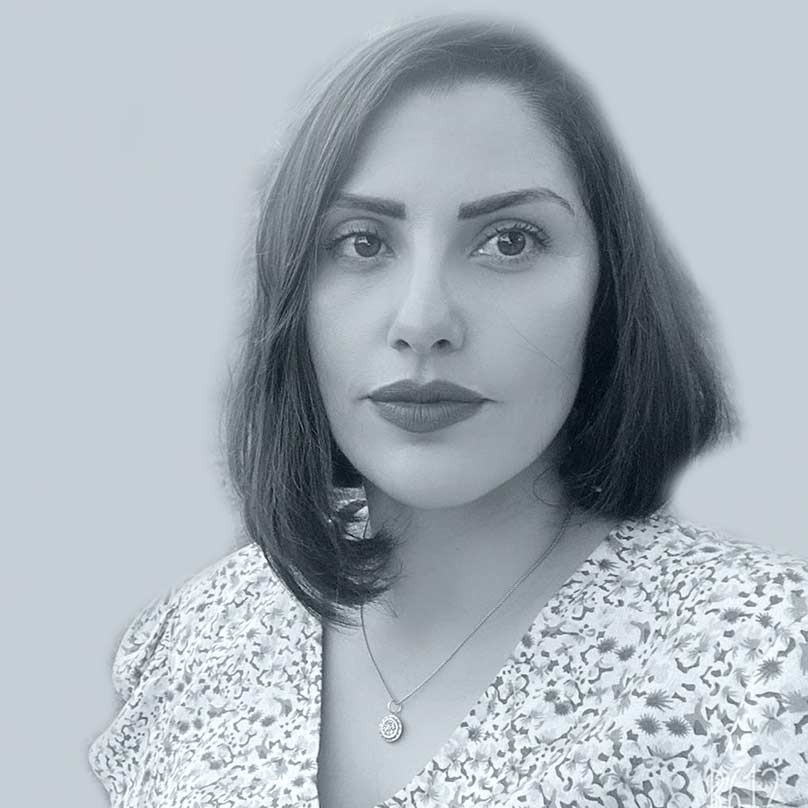 A resident of the Bedouin city of Kaabiyah-Tabash-Hajjajra and the mother of Dudu and Salah. She works for the advancement of a dialogue that connects and promotes shared living in Israeli society. Zeinab is a political and social activist, holds an M.A in Government and Public Policy, and has previously worked as the head of National Service for the Arab sector in the Prime Minister’s Office. She now works as the Manager of the Employment Division for Minorities at the Ministry of Welfare Services.
She is the first Bedouin woman to be elected as a City Council member in Israel and run to the Knesset as part of the “Democratic Camp” list in 2019. Zeinab is also a graduate of the 120 Program and part of the directorate of Darkenu.

Surafel is a Social Activist who works for the rights of the Ethiopian sector. Surafel immigrated to Israel from Ethiopia at the age of 12. He is a graduate of the AISEF Foundation for Education Program for Leadership, which aims to reduce social inequality in higher education. Lives in Haifa.